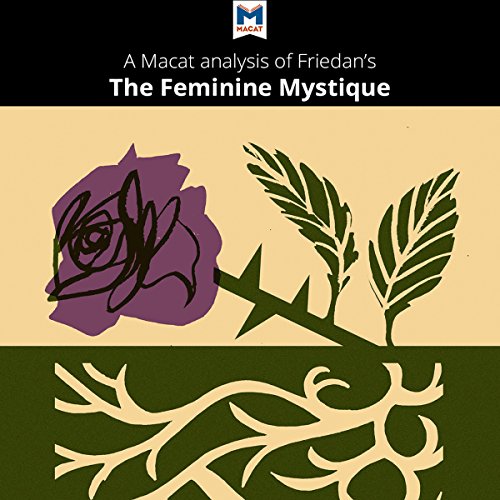 A Macat Analysis of Betty Friedan's The Feminine Mystique

A Macat Analysis of Betty Friedan's The Feminine Mystique

Born in 1921, Betty Friedan was an American psychology graduate, political activist, journalist, wife, and mother who challenged the vision 1950s America had of itself as a nation of happy housewives in contented families.

In 1963's The Feminine Mystique, she identified "the problem that has no name" afflicting women pressured to devote themselves to domestic life. After World War II, society fostered the idea that women wanted different things from men - namely, to run homes and live through the achievements of their husbands and children. In reality, rigid gender roles left housewives frustrated and depressed and caused tensions both in their marriages and in how couples raised their children. Friedan's answer was to allow women equal opportunities to learn, work, and grow, so all people could enjoy better relationships.

While conservatives scorned Friedan's ideas, her writings nonetheless struck a chord with millions of Americans and helped reignite the US feminist movement in the 1960s, leading to both legal and social change.