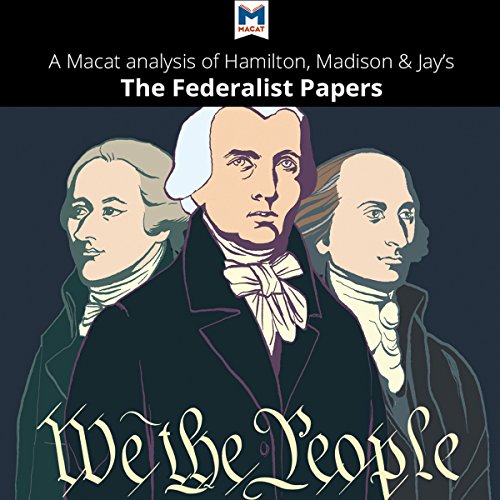 One of the most influential works of political theory ever written, The Federalist Papers collects 85 essays from 1787 and 1788, when the United States was a new country looking to find its way politically. Thomas Jefferson, author of the country's Declaration of Independence and a future US president, called the work "the best commentary on the principles of government which ever was written".

The Federalist Papers looked to persuade Americans that it was in their interest to back a strong national government enshrined in a constitution. Why? Because the three men who wrote the essays were convinced this was the only way to knit the newborn country together while still preserving individual liberties. That constitution, drafted in the late 18th century, still governs the US today and is the oldest written constitution in the world still in force.

The book remains essential listening for anyone interested in the birth of democracy and for those who want to interpret the US Constitution according to its original intent.