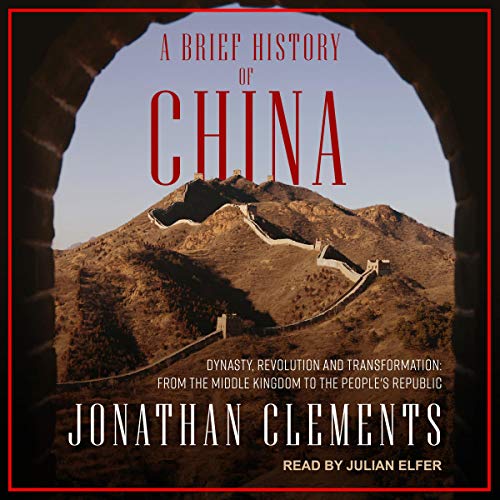 A Brief History of China

A Brief History of China tells of the development of a rich and complex civilization where the use of paper, writing, money, and gunpowder were widespread in ancient times and where silk, ceramics, tea, metal implements, and other products were produced and exported around the globe. It examines the special conditions that allowed a single culture to unify an entire continent spanning 10 billion square kilometers under the rule of a single man - and the unbelievably rich artistic, literary and architectural heritage that Chinese culture has bequeathed to the world. Equally fascinating is the story of China's decline in the 19th and early 20th century - as Europeans and Americans took center stage - and its modern resurgence as an economic powerhouse in recent years.

In his retelling of a Chinese history stretching back 5,000 years, author and China-expert Jonathan Clements focuses on the human stories which led to the powerful transformations in Chinese society - from the unification of China under its first emperor, Qinshi Huangdi, to the Mongol invasion under Genghis Khan and the consolidation of Communist rule under Mao Zedong. Clements even brings listeners through to the present day, outlining China's economic renaissance under Deng Xiaoping and Xi Jinping.

Enjoyable, objective and thourough all the way through. Worth multiple hearings. If you are looking for a comprehensive yet concise text, this is it. Would only complain that Audible has sadly messed up the chapter indexing.