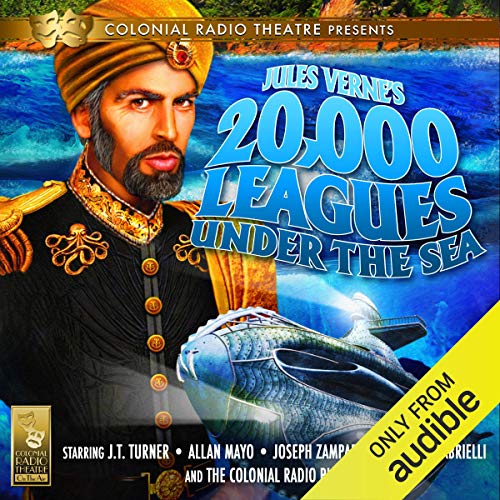 The oceans of the world are no longer safe. Ships are being attacked and sunk by what survivors describe as a giant sea monster. The United States Government sends the frigate Abraham Lincoln to investigate, carrying renowned scientist Pierre Aronnax in hopes of solving the mystery. They soon encounter the "sea monster", which is actually a submarine, far advanced than anything the world has ever seen - commanded by Captain Nemo.

The award winning Colonial Radio Theatre on the Air presents this spectacular production of the Jules Verne classic, complete with a full cast, sound effects, and a breathtaking score by Jeffrey Gage.