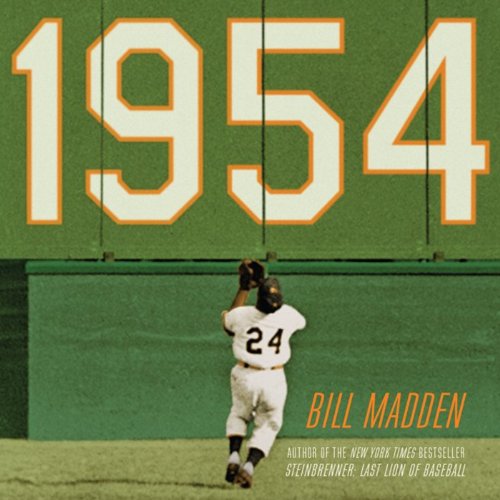 Jackie Robinson heroically broke the color barrier in 1947. But how—and, in practice, when—did the integration of the sport actually occur? Bill Madden shows that baseball’s famous black experiment” did not truly succeed until the coming of age of Willie Mays and the emergence of some star players—Larry Doby, Hank Aaron, and Ernie Banks—in 1954. And as a relevant backdrop off the field, it was in May of that year that the US Supreme Court unanimously ruled, in the case of Brown v. Board of Education, that segregation be outlawed in America’s public schools.

Featuring original interviews with key players and weaving together the narrative of one of baseball’s greatest seasons with the racially charged events of that year, 1954 demonstrates how our national pastime—with the notable exception of the Yankees, who represented white supremacy in the game—was actually ahead of the curve in terms of the acceptance of black Americans, while the nation at large continued to struggle with tolerance.

"David Drummond maintains a consistent and pleasing tone as sportswriter Bill Madden gives an overview of the 1954 season. Drummond's steady guiding voice is a good fit for Madden's story, which dovetails around the New York Giants and the Cleveland Indians, the two teams that wound up facing each other in the World Series that year. Drummond doesn't really imitate voices; instead he relies on shifts in tone for quotes. It's an era worth reading about, and the topics are well covered by a veteran sportswriter and a solid narrator." ( AudioFile)