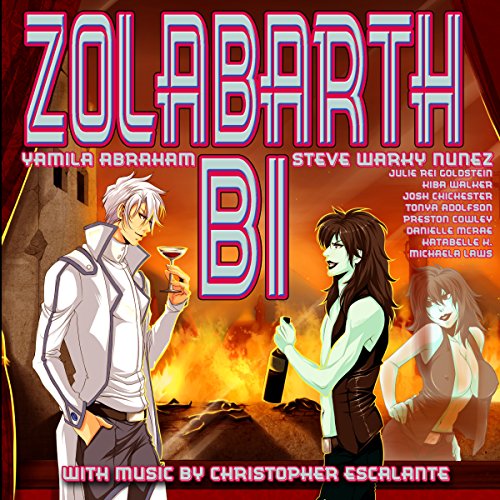 Maximillien controls Zolabarth, a shape-shifting alien powerful enough to destroy all his enemies, and capable of assuming a beguiling form that satisfies all his other needs.

Megalomaniac Maximus always achieves his goals. Right now, his goal is to destroy a massive army that tried to draft him using a mind control device. The only way Maximus can accomplish this is with a Rig-mertian: an alien that can transform into an invincible monster. Zolabarth is the Rig-mertian lent out to Maximus. Since Zolabarth is so destructive, his master cursed him with a weaker form. Every time Zolabarth takes his monster form, he has to become a female afterward.

Maximus is too elitist to relate to the crass Rig-mertian at first, but after some strange intimate moments, he finds himself drawn to him. When he's suddenly presented with Zolabarth as a female, there's no question in his mind how things will proceed.

Zolabarth killed his last master for putting the moves on him. Will this be the first time Maximus doesn't get what he wants?