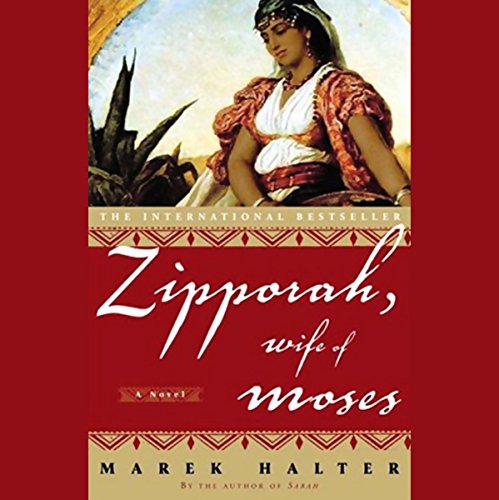 From the internationally best-selling author of Sarah comes the riveting story of the remarkable woman who walked beside Moses.

Although she is a Cushite by birth - one of the people of the lands to the south - Zipporah grew up as the beloved daughter of Jethro, high priest and sage of the Midianites. But the color of Zipporah’s skin sets her apart, making her an outsider to the men of her adopted tribe, who do not want her as a wife. Then one day while drawing water from a well, she meets a handsome young stranger. Like her, he is an outsider. A Hebrew raised in the house of the Egyptian Pharaoh, Moses is a fugitive, forced to flee his homeland. Zipporah realizes that this man will be the husband and partner she never thought she would have.

Moses wants nothing more than a peaceful life with the Midianites, but Zipporah won’t let Moses forget his past - or turn away from his true destiny. She refuses to marry him until he returns to Egypt to free his people. When God reveals himself to Moses in a burning bush, his words echo Zipporah’s, and Moses returns to Egypt with his passionate and generous wife by his side.

A woman ahead of her time, Zipporah leaps from the chapters of this remarkable novel. Bold, independent, and a true survivor, she is a captivating heroine, and her world of deserts, temples, and ancient wonders is a fitting backdrop to an epic tale.

"Halter includes many rich cultural details and plenty of steamy sex, and he strikes a balance on miraculous occurrences, offering plausible ideas for some while leaving others open to divine activity." ( Publishers Weekly)