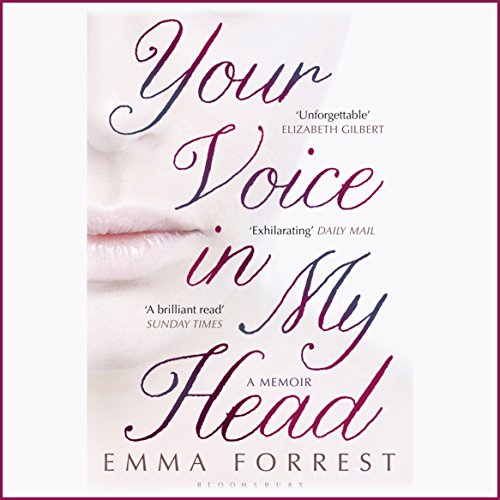 Your Voice in My Head

Your Voice in My Head

Emma Forrest, a British journalist, was just 22 and living the fast life in New York City when she realized that her quirks had gone beyond eccentricity. In a cycle of loneliness, damaging relationships, and destructive behavior, she found herself in the chair of a slim, balding, and effortlessly optimistic psychiatrist - a man whose wisdom and humanity would wrench her from the dangerous tide after she tried to end her life. She was on the brink of drowning, but she was still working, still exploring, still writing, and she had also fallen deeply in love. One day, when Emma called to make an appointment with her psychiatrist, she found no one there. He had died, shockingly, at the age of 53, leaving behind a young family. Reeling from the premature death of a man who had become her anchor after she turned up on his doorstep, she was adrift. And when her all-consuming romantic relationship also fell apart, Emma was forced to cling to the page for survival and regain her footing on her own terms. A modern-day fairy tale, Your Voice in My Head is a stunning memoir, clear-eyed and shot through with wit. In her unique voice, Emma Forrest explores the highs and lows of love and the heartbreak of loss.