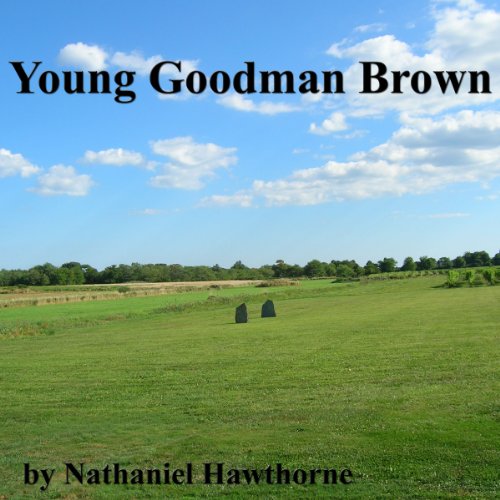 Nathaniel Hawthorne’s bewitching story of a midnight covenant examines Puritan morality and the corruption of faith. "Young Goodman Brown" tells the story of a New England man who leaves behind his devoted wife and the comforts of home to go on an unknown errand, travelling alone through the dark woods at night. Brown meets some familiar faces on his journey, ultimately stumbling on a nightmarish gathering, reminiscent of a witches’ sabbath. Performer John Chatty demonstrates a knack for roleplaying. As the namesake Brown he is wholesome but naïve, and increasingly anxious as the ghastly scene unfolds. Meanwhile, Brown’s forest acquaintances are colored in darker tones, at turns sinister, wanton, and deceptive.

The story takes place in Salem, Massachusetts, part of Puritan New England, which was a common setting for Hawthorne's work. Its theme is one often used by Hawthorne: the conflict between good and evil in human nature and, in particular, the problem of public goodness and private wickedness.
Public Domain (P)1980 Jimcin Recordings
Klassiker Belletristik Horror
Mehr anzeigen Weniger anzeigen