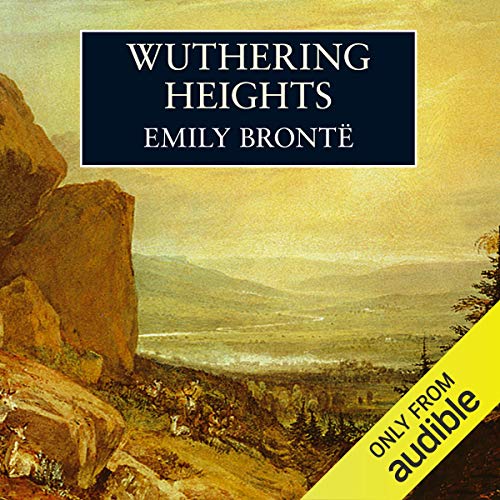 Michael Kitchen gives us a masterclass in narration with this intelligent and believable performance of Emily Brontë's classic work. Listeners will be swept up in Heathcliff and Cathy's turbulent love affair, not to be released until long after the final word.

The only novel written by Emily Bronte, Wuthering Heights was originally published under the pseudonym Ellis Bell, and at first was thought to be the work of Emily's sister, Charlotte, the author of the classic Jane Eyre.

Wuthering Heights tells the tale of Heathcliff, a young orphaned gypsy boy, who is brought to the windswept moors of Yorkshire by Mr Earnshaw, the master of Wuthering Heights. Heathcliff's childhood there is riddled with bullying and humiliation, but the master's daughter, the precocious and untameable Cathy, becomes his ally, and a childhood fondness for one another grows to a great passion.

Following a misunderstanding, Heathcliff believes that Cathy has rejected him, and he leaves Wuthering Heights, only to return after three years have passed. When he returns, now mysteriously rich, he learns of Cathy's marriage to another and vows to focus his passionate nature on merciless revenge. Heathcliff's retribution proves so destructive that left in its wake are not only his enemies, but the very object of his obsession and, ultimately, himself.

"Search no further. A masterful vocal talent has found a masterpiece of world literature to perform.... Kitchen's intoxicatingly rich voice is the perfect medium for Bronte's romantic lyricism.... His interpretation is so precise and intelligent.... Michael Kitchen has given a long-awaited voice to a timeless classic." (AudioFile)