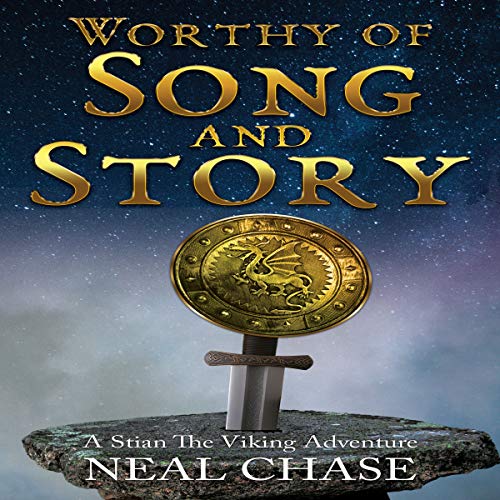 Worthy of Song and Story

Worthy of Song and Story

Twelve-year-old Stian's plans to be the greatest Viking ever appear to be over before they even begin when he's captured by Dahlia - a dark elf and a girl. If being captured by a girl wasn't bad enough, he discovers he may be the son of Loki. The same Loki who is the greatest enemy of the Viking gods and the one foretold to bring about the end of the world.

Knowing he is meant to do more than just be an ordinary Viking, Stian decides to discover the truth himself and free Loki from the clutches of Odin. Only then will he know who he is and what he is meant to do and maybe put the so-called gods in their place.

But first, Stian must outthink, trick, and defeat Thor's children. To do this, he will need the power of Gram - a sword that can cut through anything from stone walls to dragon scales. Only one pure of heart, with the desire to help others, is worthy of wielding the mighty sword.

If Stian succeeds, he will become the world's most famous Viking and make others see him as a hero, but if he fails, he will fall victim to the gods' merciless justice.