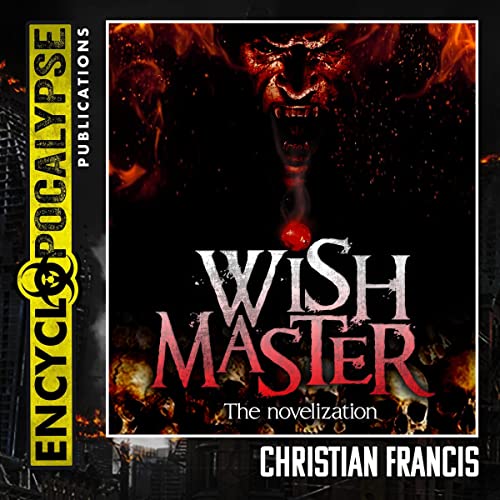 The Wishmaster movie introduced horror fans to a new and enduring villain - the Djinn. A demonic genie who would offer wishes but would only grant nightmares.

Wishmaster showcased its tale with an abundance of imagination and excitement, establishing itself as a classic worthy of its creator's lineage - yet, unlike many of its contemporaries, it never received a novelization - until now!

23 years later, Encyclopocalypse Publications steps into the fray to right this wrong.

Based on the original screenplay by Peter Atkins, this novelization was written by Christian Francis (Author and narrator of Everyday Monsters and Incubus The Descent).