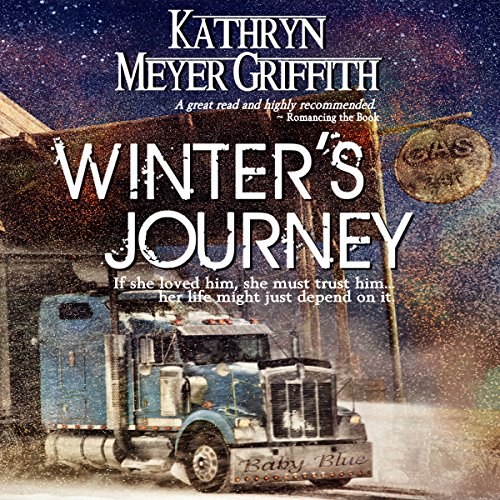 Was the man she loved an enigmatic hitchhiker or a murderer?

To keep the bank from repossessing her eighteen-wheeler, Baby Blue, and putting her and her daughter, Tessa, on the street, Loretta Brennan takes a dangerous job driving it into Wyoming with a winter storm approaching. All alone she worries if she can make the deadline and navigate the roads since her driving partner husband died the year before in an accident.

On her way, she feels sorry for and picks up a hitchhiker. Sam Emerson. Charismatically handsome, his moodiness hides a dark past that includes a dead girlfriend and a murder charge.

Snow, a series of trucker murders and a sinister truck begin to haunt them on their route.

She suspects Sam’s aligned with the killer even as she experiences feelings for him. Is Sam a good man down on his luck or is she falling in love with a murderer?

In the end it’ll take a heroic show of love to prove to her that he is who he claims to be.