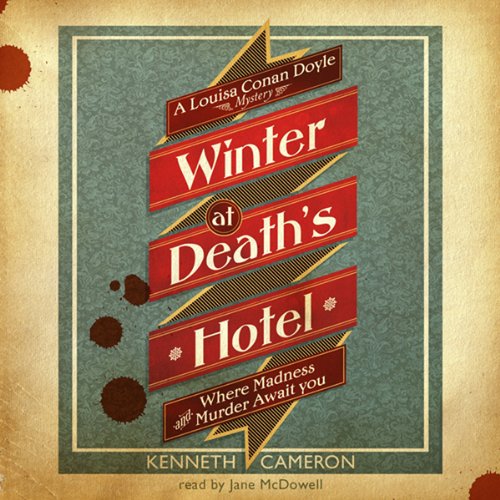 New York, January 1896: Arthur Conan Doyle, the renowned creator of Sherlock Holmes, arrives at the Britannic Hotel with his wife, Louisa, ready to begin his first American tour. While he prepares his lectures, Louisa becomes mesmerised by this brash, vibrant, dangerous city, especially when a woman's brutally butchered corpse is found in a Bowery alley and Louisa is convinced from the artist's sketch in the paper that she'd seen the victim at the hotel.

Arthur is patronisingly sceptical about her womanly "fantasies" but when she sprains her ankle and is forced to remain at the hotel while Arthur goes on tour, Louisa cannot resist pursuing her intuitions. And when more bodies start appearing, she's convinced that she holds the key to the killings. With the help of the hotel's hard-bitten detective and an ambitious female news reporter, Louisa starts to piece together a story of madness, murder, and depravity - a story that leads inexorably back to the hotel itself, the strange story of its unique construction, and a madman who is watching her every move.

Read by Jane McDowell. Jane McDowell's work spans theatre, film, television and radio. Screen work includes a leading role in the award winning British feature film Twelve In A Box, major roles in several Bollywood films, numerous short films, and the BBC dramas Dustbin Baby and Daughters. She has recorded plays and poetry readings for BBC radio, works regularly for BBC Audio Books and Calibre Audio Library and for Interact, a company of actors who read to stroke patients in London hospital. Jane holds an MA in Performance Studies from Central School of Speech and Drama. She lives in London with her daughter Antonia.