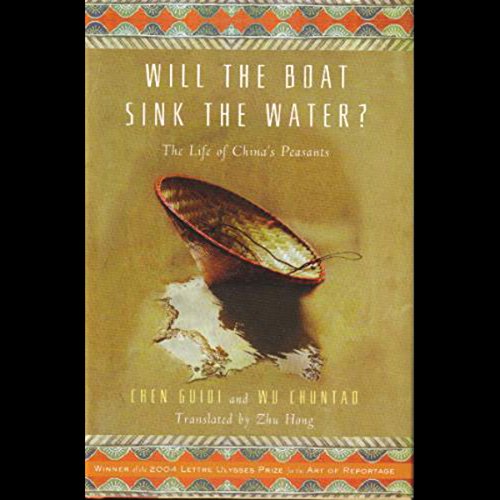 Will the Boat Sink the Water

The Chinese Economic miracle is happening despite, not because of, China's 900 million peasants. They are missing from the portraits of booming Shanghai, or Beijing. Many of China's underclass live under a feudalistic system unchanged since the 15th century.

Wu Chuntao and Chen Guidi undertook a three-year survey of what had happened to the peasants in one of the poorest provinces, Anhui, asking the question: have the peasants been betrayed by the revolution undertaken in their name by Mao and his successors?

The result is a brilliant narrative of life among the poor, a vivid portrait of the petty dictators that run China's villages and counties, and the consequences of their bullying despotism on the people they administer.Told principally through four dramatic narratives, Will the Boat Sink the Water? gives voice to the unheard masses and looks beneath the gloss of the new China to find the truth about its vast population of rural poor.