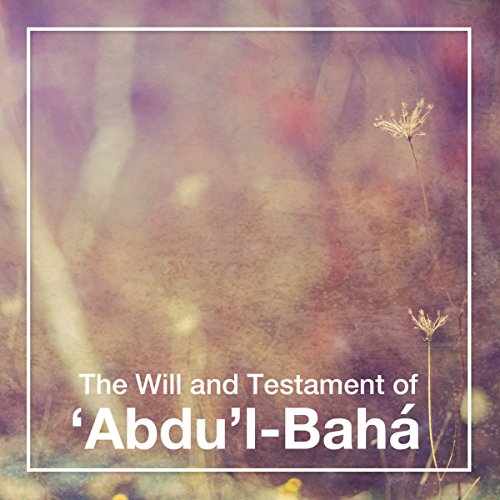 Will & Testament of 'Abdu'l-Baha

HearTheWritings is pleased to announce the release of the unabridged audiobook of The Will and Testament of Abdu'l-Baha. This incredible document, from the pen of Abdu'l-Baha, is a cornerstone of the Administrative Order of the Baha'i Faith. Read by the acclaimed actor Phillip Hinton, this audiobook is a must-have for all Baha'i libraries.

Shoghi Effendi referred to it as: “The Document establishing that Order, the Charter of a future world civilization, which may be regarded in some of its features as supplementary to no less weighty a Book than the Kitab-i-Aqdas; signed and sealed by ‘Abdu'l-Baha; entirely written with His own hand; its first section composed during one of the darkest periods of His incarceration in the prison-fortress of Akka, proclaims, categorically and unequivocally, the fundamental beliefs of the followers of the Faith of Baha'u'llah; reveals, in unmistakable language, the twofold character of the Mission of the Bab; discloses the full station of the Author of the Baha'i­ Revelation; asserts that 'all others are servants unto Him and do His bidding'; stresses the importance of the Kitab-i-Aqdas; establishes the institution of the Guardianship as a hereditary office and outlines its essential functions; provides the measures for the election of the International House of Justice, defines its scope and sets forth its relationship to that Institution; prescribes the obligations, and emphasizes the responsibilities, of the Hands of the Cause of God; and extolls the virtues of the indestructible Covenant established by Baha'u'llah.” (Shoghi Effendi, God Passes By, P.238)