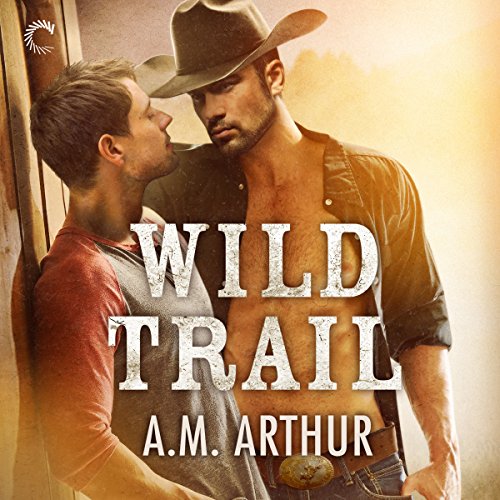 Welcome to Clean Slate Ranch: home of tight jeans, cowboy boots, and rough trails. For some men, it's a fantasy come true.

Mack Garrett loves the rolling hills surrounding his Northern California dude ranch. Leading vacationers on horse trails with his two best friends is enough - romance is definitely not in the cards. When a sexy tourist shows up at Clean Slate, he's as far from Mack's type as can be. So why is the handsome city slicker so far under his skin in less than a day?

Roughing it in the middle of nowhere isn't anywhere near Wes Bentley's idea of fun. Then he lays eyes on the gruffest, hottest papa bear he's ever seen. But Mack is as hard to pin down as he looks - distant, sharp-tongued, and in desperate need of a shave. Until a campout gone wrong strands both men in the mountains with nothing to do but get to know each other.

Mack intends to keep his closely guarded heart out of Wes' very talented hands. But for a seven-day cowboy, Wes is packing some long-term possibility. The cold country air can do wonders for bringing bodies together - but it will take more than that to bridge the distance between two men whose lives are worlds apart.

This title is part of the Carina Press Romance Promise: all the romance you're looking for with an HEA/HFN. It's a promise!

This book is approximately 90,000 words