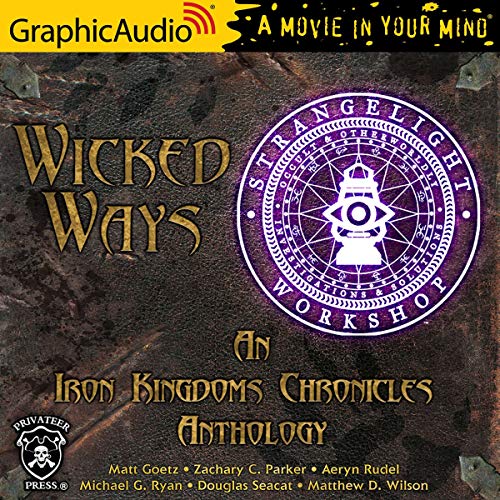 No rest for the wicked...or for those who investigate them

Sinister forces lurk in the corners of the Iron Kingdoms - restless souls, mischievous and cunning creatures, darker beings that bargain for mortal souls. Most pass unmarked, shunned, or avoided, but there is one group willing to seek out and study what others fear.

In abandoned halls and forgotten ruins, the investigators from the Strangelight Workshop illuminate the darkness, armed with wisdom, curiosity, and specialized tools. The Workshop employs an odd blend of scientists, mercenaries, and occult explorers who seek to understand the unfathomable, to peel back the veil between life and death to commune with spirits haunting places beset by tragedy and madness. But now one team is about to step off the precipice when they learn of a malevolent plot to unravel all they have done and to harvest the souls of all humanity.