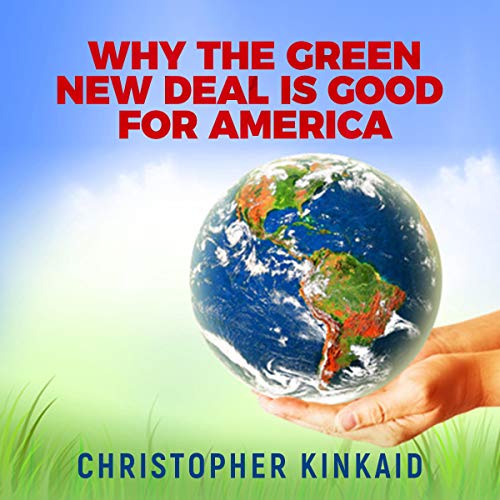 Why the Green New Deal Is Good for America

A Green New Deal is based on facts, not fears.

The Green New Deal recognizes the fundamental relationship between energy, environment, and economy. This is how the toxic man-made global catastrophes we face can all be solved by doing one thing: evolve out of burning carbon fuels, and into solar clean fuels.

Fossil fuels powered the 18th, 19th, and 20th centuries, but the needs of the 21st century are not met with an 18th-century approach.

Fossil fuels dominate our modern world supplying over 80% of the energy we currently use causing a global toxic collapse. Such dependence on burning carbon has left us accumulating toxicity across the globe in toxic bioaccumulation, climate disruption, ocean acidification, loss of species, deforestation, loss of habitat and ecosystems, acid rain, high energy costs, social inequities, and baked-in income disparity worldwide.

Fossil fuels, as a commodity, collectively cost the world economy trillions of dollars each year in fuel costs. The solar clean energy paradigm with no fuel costs or toxicity offers the world a stable and profitable source of industrial energy liberating monies spent on fossil fuels to be used for other purposes including health care and education. Continued use of fossil fuels leaves the world with increasing climate disruption, and a resulting death spiral measured by the increasing toxicity of our soils, air, water, and biology worldwide - at great peril to our world.