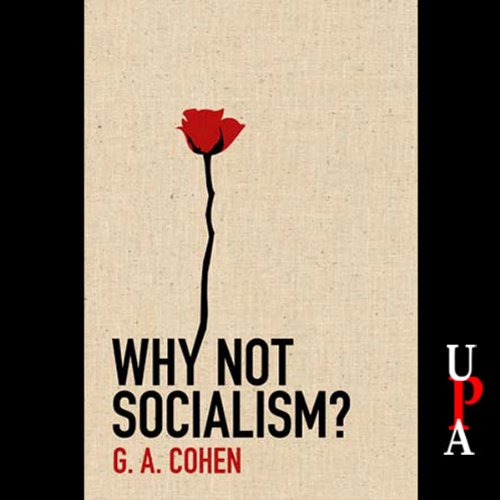 Is socialism desirable? Is it even possible? In this concise book, one of the world's leading political philosophers presents with clarity and wit a compelling moral case for socialism and argues that the obstacles in its way are exaggerated.

There are times, G. A. Cohen notes, when we all behave like socialists. On a camping trip, for example, campers wouldn't dream of charging each other to use a soccer ball or for fish that they happened to catch. Campers do not give merely to get, but relate to each other in a spirit of equality and community. Would such socialist norms be desirable across society as a whole? Why not? Whole societies may differ from camping trips, but it is still attractive when people treat each other with the equal regard that such trips exhibit.

But however desirable it may be, many claim that socialism is impossible. Cohen writes that the biggest obstacle to socialism isn't, as often argued, intractable human selfishness - it's rather the lack of obvious means to harness the human generosity that is there. Lacking those means, we rely on the market. But there are many ways of confining the sway of the market: there are desirable changes that can move us toward a socialist society in which, to quote Albert Einstein, humanity has "overcome and advanced beyond the predatory stage of human development." The book is published by Princeton University Press.

"[B]rilliantly captures the essence of the socialist ethical complaint against market society. Why Not Socialism? is a very timely book." (Hillel Steiner, University of Manchester)
"The positive argument of his book is impressive, and there is a rather disarming combination of simplicity of presentation and example with a deep intellectual engagement with the issues. It is very clear that there is an analytically powerful mind at work here." (Jonathan Wolff, author of Why Read Marx Today?)