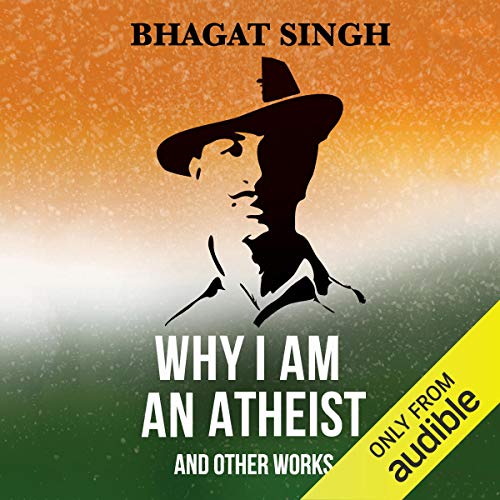 Why I Am an Atheist and Other Works

Bhagat Singh is a name that became synonymous with revolution in India’s struggle for Independence. This young boy brought about a change in the way people thought about freedom. He was well read and fought extensively for rights – his own, his comrades’ and his countrymen’s.

A discussion with a friend soon turned into a matter of self-assessment for Bhagat Singh, leading to a discourse on why he chose to be an atheist. Even in the face of death at a very young age, his uncanny observation leads to his putting forth some pertinent questions. On another occasion, he was disappointed with his father’s plea in court for his innocence and chose to write a letter to him.

This book is a collection of 18 of his valued writings from within the walls of prison and outside it, which show us the resolve in his words, and the bravery in his acts subsequently.