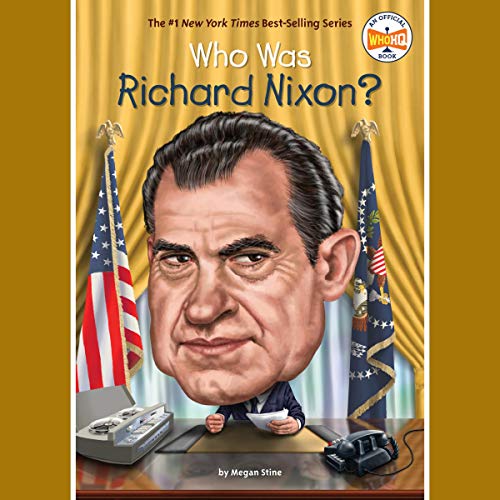 Who Was Richard Nixon?

Who Was Richard Nixon?

Learn more about Richard Nixon - one of America's most unpopular presidents and the only one to resign from the position.

On August 8, 1974, millions sat stunned as they watched Richard Nixon on TV when he announced he was stepping down as the President of the United States. He'd participated in a scandal that included secret tape recordings, a burglary, and a cover-up, and now his secrets and lies were catching up to him. How could Nixon, a man who had been reelected in a landslide victory just two years earlier, now be leaving office in disgrace?

Author Megan Stine takes listeners through President Nixon's life - from his childhood and military experiences during World War II - to his long political career and the Watergate scandal that tarnished his legacy and deepened American's mistrust of the government.