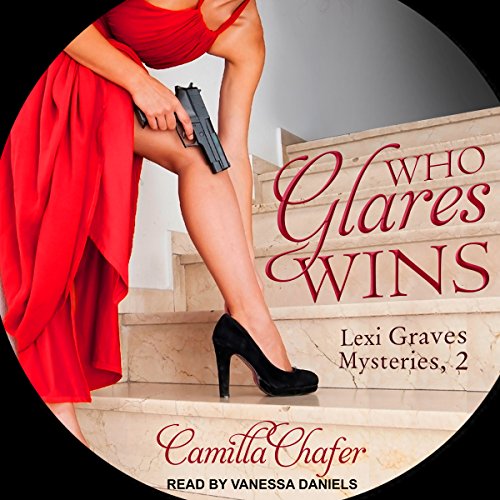 Only a few weeks into her new job as a private investigator, Lexi Graves thinks she may have bitten off more than she can chew with her first solo cases.

In between going undercover as a plush pony at a "Bronie" conference and following her cheating brother-in-law, she's got a saboteur-turned-killer to catch and a missing woman to find. Two of her cases may be connected, but how?

There's no short list of suspects to investigate, but the closer Lexi gets to the killer, the more her life is put in jeopardy. Trying to avoid being framed for a murder she didn't commit, Lexi knows her luck is running out.

To make matters worse, her boyfriend, sexy detective Adam Maddox, thinks she's out of the PI game faster than she got into it. Her boss, the mysterious Solomon, meanwhile, hopes to get her between the sheets by night, as well as solving cases by day, and Lexi's "just say no" resolve might not be as fortified as she believes.

All she wants is to be taken seriously and there's only one way she can do that - solve the cases, no matter what.