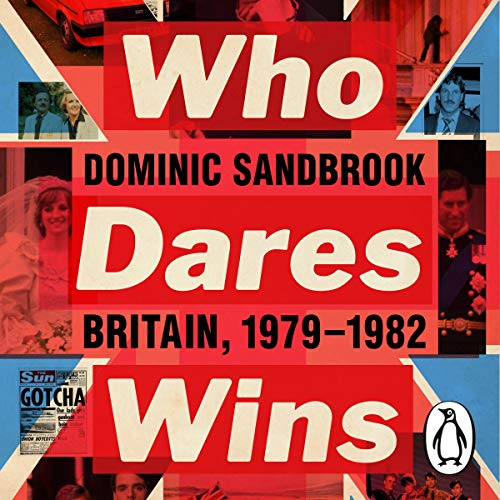 The early 1980s were the most dramatic, colourful and controversial in our modern history. Margaret Thatcher had come to power with a daring plan to reverse Britain's decline into shabbiness and chaos. But as factories closed their doors, dole queues lengthened and the inner cities exploded in flames, would her harsh medicine rescue the Sick Man of Europe - or kill it off?

Evocative, surprising and gloriously entertaining, Dominic Sandbrook's new book recreates the great turning point in Britain's modern history. For some people this was an age of unparalleled opportunity, the heyday of computers and credit cards, snooker, Sloane Rangers and Spandau Ballet.

But as industries collapsed, working-class communities buckled and the Labour Party tore itself apart, it was also an age of extraordinary acrimony. And when Argentine forces seized the Falklands, it seemed the final humiliation for a deeply divided country.

Here are the early 1980s in all their gaudy glory: Tony Benn, Ken Livingstone, Ian Botham and Princess Diana. Here are Joy Division, Chariots of Fire, the Austin Metro and Juliet Bravo; wine bars, cruise missiles, the battle of Goose Green and the ZX Spectrum. And towering above them all, the most controversial prime minister in our modern history - the Iron Lady.