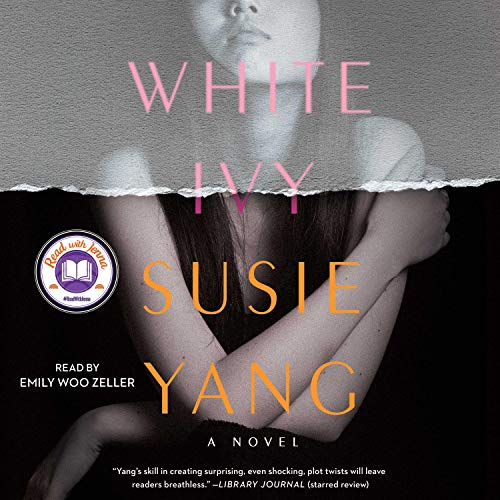 “A truly addictive read” (Glamour) about how a young woman’s crush on a privileged former classmate becomes a story of love, lies, and dark obsession, offering stark insights into the immigrant experience, as it hurtles to its electrifying ending in this “twisty, unputdownable, psychological thriller” (People).

Ivy Lin is a thief and a liar - but you’d never know it by looking at her.

Raised outside of Boston, Ivy’s immigrant grandmother relies on Ivy’s mild appearance for cover as she teaches her granddaughter how to pilfer items from yard sales and second-hand shops. Thieving allows Ivy to accumulate the trappings of a suburban teen - and, most importantly, to attract the attention of Gideon Speyer, the golden boy of a wealthy political family. But when Ivy’s mother discovers her trespasses, punishment is swift and Ivy is sent to China, and her dream instantly evaporates.

Years later, Ivy has grown into a poised yet restless young woman, haunted by her conflicting feelings about her upbringing and her family. Back in Boston, when Ivy bumps into Sylvia Speyer, Gideon’s sister, a reconnection with Gideon seems not only inevitable - it feels like fate.

Slowly, Ivy sinks her claws into Gideon and the entire Speyer clan by attending fancy dinners, and weekend getaways to the cape. But just as Ivy is about to have everything she’s ever wanted, a ghost from her past resurfaces, threatening the nearly perfect life she’s worked so hard to build.

Filled with surprising twists and a nuanced exploration of class and race, White Ivy is a “highly entertaining,” (The Washington Post) “propulsive debut” (San Francisco Chronicle) that offers a glimpse into the dark side of a woman who yearns for success at any cost.

"Narrator Emily Woo Zeller skillfully steers the dramatic plot of this audiobook. . . . Zeller is commendable in breathing life into the mostly Asian characters. As Ivy, she is a reserved but cunning woman; as Sylvia, Ivy's friend, she is sweet and confident. Zeller's outstanding storytelling also elevates the work's twists and the harsh reality of the immigrant experience." (LitHub)