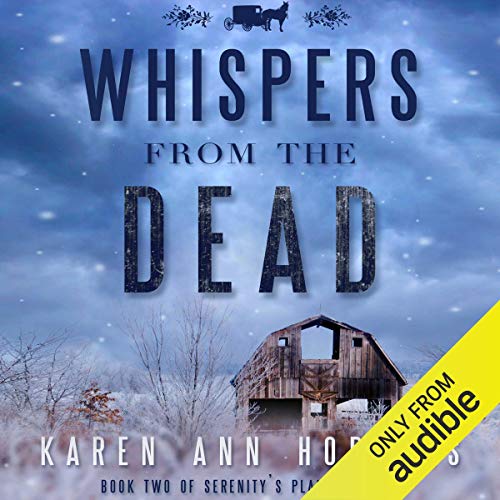 Whispers from the Dead

Some Amish Communities aren't so cozy.

Whispers from the Dead is the powerful and thrilling sequel to Lamb to the Slaughter in the Amish mystery series, Serenity's Plain Secrets. Sheriff Serenity Adams and Daniel Bachman are once again partnered up in a criminal investigation, when they travel to a northern Amish settlement that has been riddled by arsons for the past two decades. Serenity quickly discovers that there is a lot more going on than barn burnings in the touristy community of Poplar Springs. This group of Amish has their own secrets to hide. Serenity begins to unravel an extensive criminal underworld that threatens to destroy everything that the simple people of Poplar Springs hold dear, and once again puts her own life in jeopardy. And even though Serenity tries desperately to avoid it, things begin heating up between her and Daniel, making her wonder if true love and happiness are really within her grasp.

This book contains mild romantic sexual situations and some language.