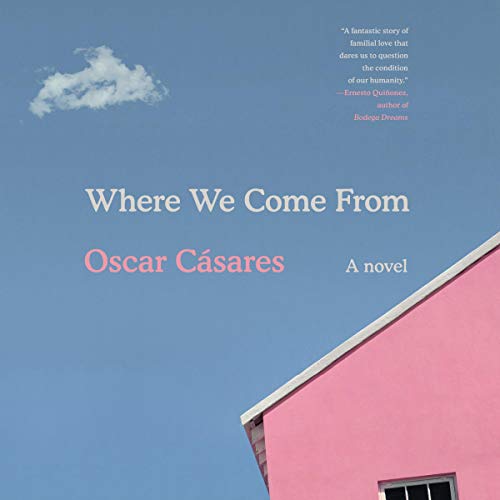 Where We Come From

A stunning and timely novel about a Mexican American family in Brownsville, Texas, that reluctantly becomes involved in smuggling immigrants into the United States.

From a distance, the towns along the US-Mexican border have dangerous reputations - on one side, drug cartels; on the other, zealous border patrol agents - and Brownsville is no different. But to 12-year-old Orly, it's simply where his godmother Nina lives - and where he is being forced to stay the summer after his mother's sudden death.

For Nina, Brownsville is where she grew up, where she lost her first and only love, and where she stayed as her relatives moved away and her neighborhood deteriorated. It's the place where she has buried all her secrets - and now she has another: She's providing refuge for a young immigrant boy named Daniel, for whom traveling to America has meant trading one set of dangers for another.

Separated from the violent human traffickers who brought him across the border and pursued by the authorities, Daniel must stay completely hidden. But Orly's arrival threatens to put them all at risk of exposure.

Tackling the crisis of US immigration policy from a deeply human angle, Where We Come From explores through an intimate lens the ways that family history shapes us, how secrets can burden us, and how finding compassion and understanding for others can ultimately set us free.

“Cásares beautifully shows us that anyone can become part of a family and that where you come from is ‘nothing more than that’ - where you come from.... Instead of being just a border novel or a novel about immigration writ large, it becomes more than that: It’s a novel about the great lengths humans will go to in order to be seen, to be touched, to be loved.” (Javier Zamora, The New York Times Book Review)

“An instant classic.... If I had to recommend just one book to comprehend the ongoing nightmare of human trafficking, the inequality along the border, the state of mind of the undocumented and the various parties - innocent and complicit - caught in this global capitalist struggle, this would be the one.” (Anis Shivani, Texas Observer)

“[A] deeply human novel.... Concerned with what it means to make a life in a place where so many systems and institutions are designed to make you feel precarious and, in some way, permanently unrooted.... There are many moments of quiet power.... A story about the meaning of family and home.” (Omar El Akkad, BookPage)

Das sagen andere Hörer zu Where We Come From