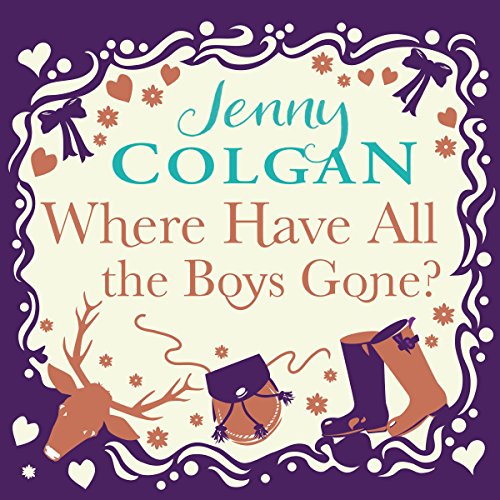 Where Have All the Boys Gone?

Where have all the men gone? Faced with 25,000 more women than men in London and gleeful media reports that it's statistically more likely for single women to be murdered than get married, Katie has reached an all-time low. But all is not lost....

While Katie's glad it's not a man's world anymore, she'd be quite pleased if there were more men in it - or at least single ones, anyway.

More likely to get murdered than married, according to gleeful media reports, Katie resigns herself to the fact there's no sex in the city and heads for the hills - or the Scottish Highlands, to be precise.

Despite the fact she's never been a girl for wellies and Fairlish is in the middle of nowhere, the tiny town does have one major draw: men. Lots of them. But while Katie relishes the chance to do battle with armies of admirers, she's not reckoned on going head to head with her grumpy new boss, Harry; shadowy developers intent on destroying the beautiful countryside; and Mrs. McClockerty, the least suitable hotelier since Norman Bates.

At least there's the local eye candy to distract her, including gorgeous newshound Iain. But he is at loggerheads with Harry, and Harry despises her. Life in the country might not be one big roll in the hay, but can Katie ever turn her back on the delights of Fairlish and return to city life?

Das sagen andere Hörer zu Where Have All the Boys Gone?

Didn't like the main caracter Katie. She was so full of herself and as a Reader, you got the impression that our main goal in life, as a woman, is to screw men. Harry in the other hand was quite a caracter, with flaw but very engaging. Further it was quite annonying that most of the storyline was about Ian( an reporter) and Katie. This war more than tedious. Loved the setting of the story ( Scotland) and the village people were amusing.