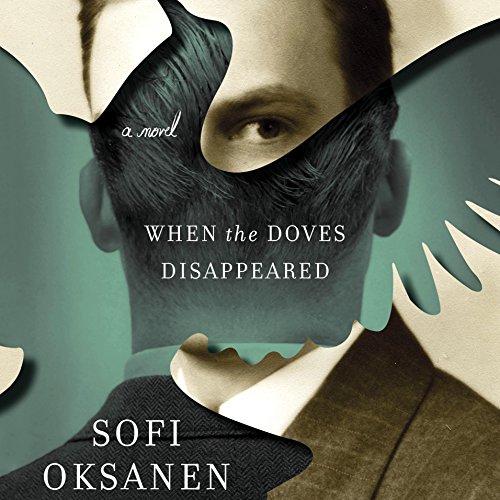 When the Doves Disappeared

From the acclaimed author of Purge ("a stirring and humane work of art" [The New Republic]) comes a riveting, chillingly relevant new novel of occupation, resistance, and collaboration in Eastern Europe.

It's 1941. In Communist-ruled, war-ravaged Estonia, two men are fleeing from the Red Army--Roland, a fiercely principled freedom fighter, and his slippery cousin, Edgar. When the Germans arrive, Roland goes into hiding; Edgar abandons his unhappy wife, Juudit, and takes on a new identity as a loyal supporter of the Nazi regime. In 1963 Estonia is again under Communist control, independence even further out of reach behind the Iron Curtain. Edgar is now a Soviet apparatchik, desperate to hide the secrets of his past life and stay close to those in power. But his fate remains entangled with Roland's and with Juudit, who may hold the key to uncovering the truth.

Great acts of deception and heroism collide in this masterful story of surveillance, passion, and betrayal, as Sofi Oksanen brings to life the frailty--and the resilience--of humanity under the shadow of tyranny.

"Oksanen captures both the futility of the citizens of a tiny country who yearn for freedom and the dark heart of an opportunist who would sell out his own family in order to survive. This is powerful fiction that stirs history, war crimes, and psychology into a compelling mix." (Joanne Wilkinson, Booklist)
"Oksanen depicts civilian life in wartime and under communist oppression in rich historical detail, skillfully manipulating chronology and threading clues subtly throughout the narrative as suspense builds. Highly recommended." (Reba Leiding, Library Journal)
"This book is excellent. The public needs to know what Eastern Europe has experienced in the twentieth century. Three occupations are behind them and despite it Estonia now is one of the leading European nations." (Oleg Gordievsky, CMG, former KGB colonel and secret agent for MI6)