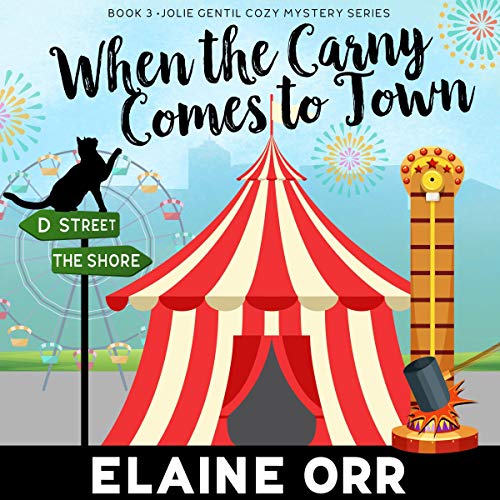 When the Carny Comes to Town, Volume 3

When the Carny Comes to Town, Volume 3

Jolie never liked the idea of sitting on the plank above the dunk tank for the food pantry's fundraiser at the carnival. Even so, she never dreamed what Scoobie saw that day would leave him battling for his life. Scoobie's ex-con mother shows up and there's a murder to add to the mix. Soon, Jolie is doing a lot more than appraising real estate - though even that is complicated by home burglars. Jolie reluctantly seeks help from her nemesis - reporter George Winters - and tries to stay a step ahead of a kidnapper and murderer so she can take charge of her world again. The police wish she'd butt out and Aunt Madge is furious that Jolie insists on talking to a couple shady characters on her own.

Soon, even the guests at Aunt Madge's Cozy Corner Bed and Breakfast are in the way. Can Jolie keep her friends safe, and will Scoobie recover enough to say what happened to him and plan another silly fundraiser?