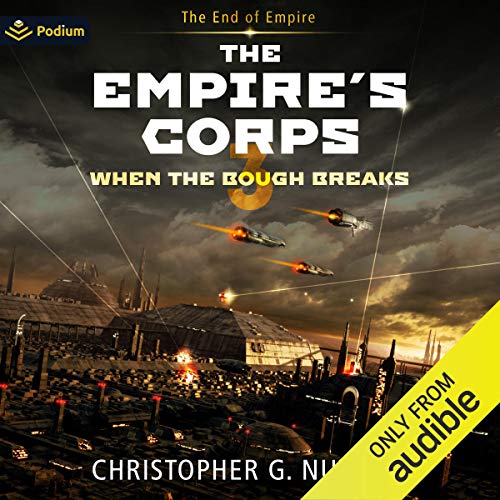 When the Bough Breaks

The Galactic Empire is dying. In their high towers, the Grand Senators plot and struggle to grasp a larger share of power while on the streets, the poor struggle to survive just one more day. Chaos and anarchy are running through the megacities of Earth, while giant corporations tighten the screws and colony worlds plot to declare independence and escape the Empire's increasing demands for resources. Centuries of mismanagement are finally catching up with the human race. The end cannot be long delayed.

Specialist Belinda Lawson, a Marine Pathfinder who survived the fighting on Han, is assigned to serve as a bodyguard to the Childe Roland, the Heir to the Imperial Throne, and attempt to prepare him to be Emperor. But Roland is a puppet and a spoilt brat - and, perhaps, the only hope of saving the Empire, if he can be redeemed in time.

And yet, as shadowy figures prepare to make their final bid for apotheosis - or nemesis - it may be all she can do to keep her young charge alive.