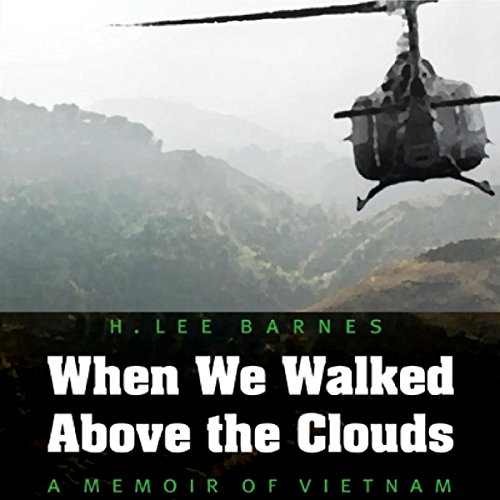 When We Walked Above the Clouds

When We Walked Above the Clouds

The mythology of the Green Berets, of their clandestine, special operations, has been celebrated in story and song. The reality, however, could be quite different. This story of one soldier's experience, the day-to-day loss and drudgery of Green Beret H. Lee Barnes, reveals the daily grind and quiet desperation behind polished-for-public-consumption accounts of military heroics. In When We Walked Above the Clouds, Barnes tells what it was like to be a Green Beret, first in the Dominican Republic during the civil war of 1965 and then at A-107, Tra Bong, Vietnam, where he eventually served as adviser to a combat recon platoon consisting chiefly of Montagnard irregulars. Though “nothing extraordinary,” as Barnes saw it, his months of simply doing what the mission demanded make for sobering reading: the mundane business of killing rats, cleaning guns, and building bunkers renders the intensity of patrols and attacks all the more harrowing.

More than anything, however, Barnes' story is one of loss - of morale lost to alcoholism, teammates lost to friendly fire, missions aborted, and missions endlessly and futilely repeated. And yet against this dark background, Barnes graciously honors the quiet professionals whose service, overshadowed by the outsized story of Vietnam, nonetheless carried the day.

"A war remembrance of beauty and unadorned brutality." ( Kirkus Reviews)

Das sagen andere Hörer zu When We Walked Above the Clouds