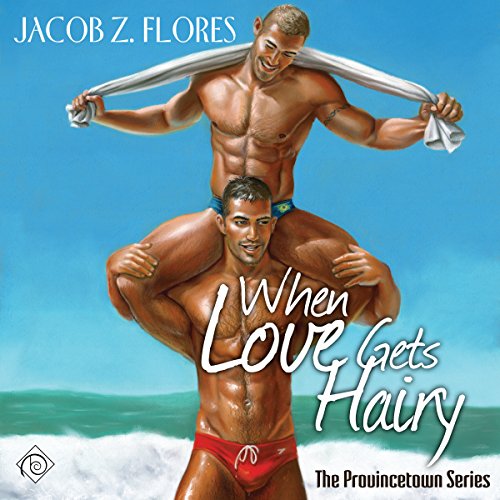 When Love Gets Hairy

When Love Gets Hairy

As vain as he is beautiful, Nino Santos happily lives life waiting for the next ferry full of fairies to bring him new conquests. As long as they aren't hirsute, he's all in. So he's shocked to wake up after a beach party he cannot remember with a hairy naked man lying next to him.

Teddy Miller doesn't remember the "Bear Week" party either, much less the Abercrombie & Fitch model wannabe next to him. Teddy doesn't give two cents about appearances, but guys like Abercrombie don't return the favor. That's why he prefers men with extra fur and padding over carbon copy clones of perfection - a type of man Teddy is far too familiar with.

When Nino and Teddy glimpse each other the next morning, it's loathing at first sight. Instead of exchanging phone numbers, they exchange insults and vow never to see each other again. In Provincetown, however, escaping a trick best forgotten isn't easy. Mutual friends and chance circumstances keep Nino and Teddy in each other's orbit. But are they fighting each other or the attraction growing between them? The answer lies amid Provincetown's windswept dunes and the night neither of them can recall.