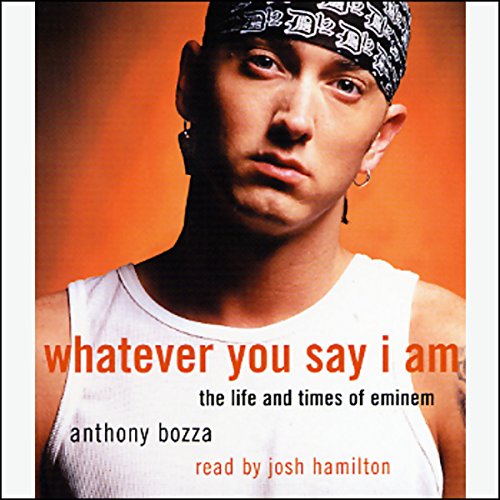 Whatever You Say I Am

On assignment for his first cover story for Rolling Stone, the very first national cover story on Eminem, Anthony Bozza met a young blond kid, a rapper who would soon take the country by storm. But back in 1999, Eminem was just beginning to make waves among suburban white teenagers as his first single, "My Name Is," went into heavy rotation on MTV.

Who could have predicted that in a mere two years, Eminem would become the most reviled and controversial hip-hop figure ever? Or that twelve months after that, Eminem would sit firmly at the pinnacle of American celebrity, a Grammy winner many times over and the recipient of an Oscar?

Since their first meeting, Bozza has been given a level of access to Eminem that no other journalist has enjoyed. In Whatever You Say I Am, never-before-published excerpts from Bozza's interviews with Eminem are combined with the insight of hip-hop figures, music critics and journalists to look behind the mask of this enigmatic celebrity. With an eye toward Eminem's place in American popular culture, Bozza creates a thoughtful portrait of one of the most successful artists of our time. This is more than a biography of a thoroughly well-documented life. It is a close-up look at a conflicted figure who has somehow spoken to the heart of America.

"Bozza's unprecedented access to Mathers then and now has given rise to one of the only fully honest accounts of the now brilliant star." ( Publishers Weekly)
"Compelling." ( The New York Times)

Das sagen andere Hörer zu Whatever You Say I Am