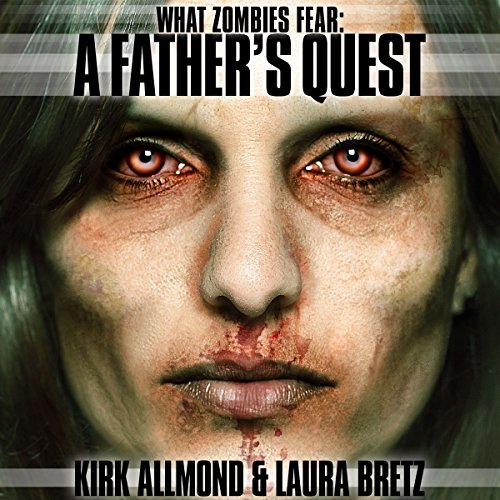 What Zombies Fear 1: A Father's Quest

When Victor Tookes went to work that beautiful spring day, he never expected to see a man eaten alive in the street in front of his office. After convincing himself that they really were zombies, he makes a trip from his house in Pennsylvania to his family home in Virginia, battling zombies all the way. His three and a half year old son was bitten on the leg, but doesn't turn into a zombie. Instead, he turns into something more than human.

Victor quickly discovers that everything he knew about zombies was wrong. Not all of them were mindless, uncoordinated, rotting ghouls; some of them were bigger, faster, stronger or smarter than when they were human.

A small percentage of humans are genetically immune to the parasite. Instead of turning these humans into mindless shamblers, they gain enhanced abilities. These new abilities will be pushed to their limits in their quest to carve out a safe haven to call home.

How will he keep his son safe when the world crumbles around him?