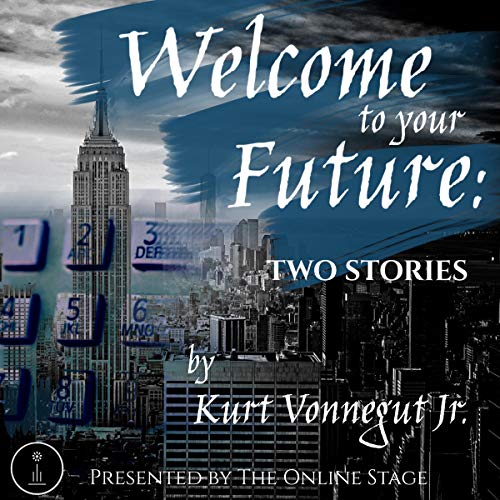 Welcome to Your Future

Welcome to Your Future: Two Stories by Kurt Vonnegut. Presented by the Online Stage.

In the not-too-distant future, 2185 AD, anti-gerisone is the new drug that stops ageing. People are now living into their hundreds until it's time to take their own big trip up yonder, and in the case of the Ford family and Gramps, the notable patriarch, families are living and fighting together in one home for much longer. Eventually there are no prisons, slums, asylums, poverty, wars, or disease. and 200 years later the population of the US is set at 40 million people. But since no one gets any older, someone must volunteer to die if a baby is born. To make an appointment, one need only call 2BR02B....

"The Big Trip Up Yonder"

If it was good enough for your grandfather, forget it...it is much too good for anyone else!

Got a problem? Just pick up the phone. It solved them all - and all the same way!