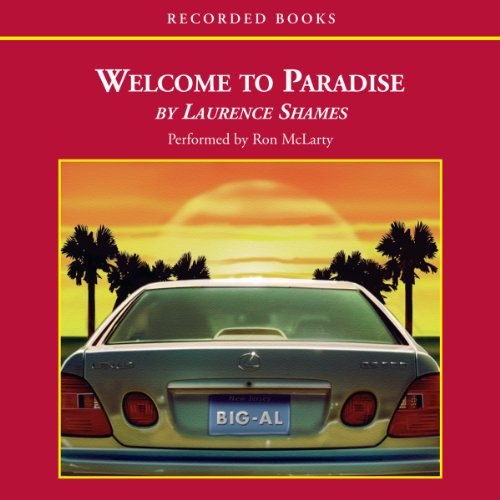 Laurence Shames has attracted enthusiastic fans with his Key West novels, which include Florida Straits, Mangrove Squeeze, Scavenger Reef, and Sunburn. Each of these books is a hilarious mixture of zany crimes and offbeat characters. Welcome to Paradise is his best yet.

When Al Marracotta, Mafia boss, takes a week’s vacation in Key West, he looks forward to days of sun, sex, and seafood. Alan Tuschman, New Jersey furniture salesman, is a reluctant tourist. He has won a week in Key West for his sales record. But they have something in common: vanity license plates that read BIG AL. So when two goons are sent to ruin Big Al’s vacation, it’s not long before they target the wrong guy. Between the frustrated henchmen and the baffled Als, each chapter grows loonier than the last. And with the addition of a romantic wild card, the winsome Katy Sansone, the tough guys’ schemes are tempered by more tender scenes. Narrator Ron McLarty’s fine performance keeps the action moving at a brisk clip.