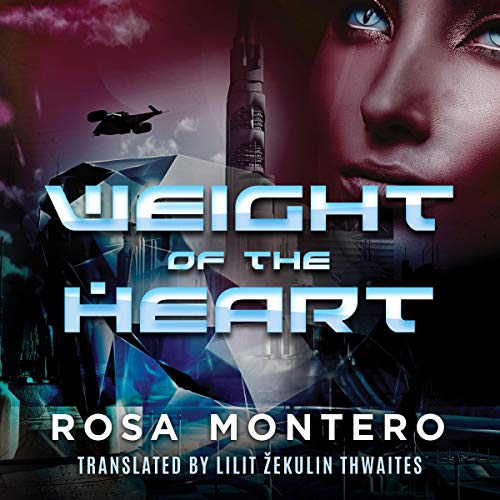 Weight of the Heart

Part human and part robot, private investigator Bruna Husky has been hired to locate a stolen diamond. But as Bruna's leads start to drop dead, her case becomes about much more than a stolen gem - and much more dangerous. Traversing the galaxy, Bruna races against the clock to uncover a nuclear power conspiracy that threatens all sentient beings.

Traveling from a distant planet populated by an extreme religious sect to landscapes destroyed by rising sea levels, Bruna tries to solve the puzzle of why so many people around her are suffering from toxic radiation. Meanwhile she must cope with a new love and the knowledge of when she will die, to the exact day. Designed for combat, Bruna can manipulate a plasma gun better than she can navigate matters of the heart.

This tale of romance, prejudice, and ecoterrorism makes clear that though the future might appear very different in many ways, history can't help but repeat itself.