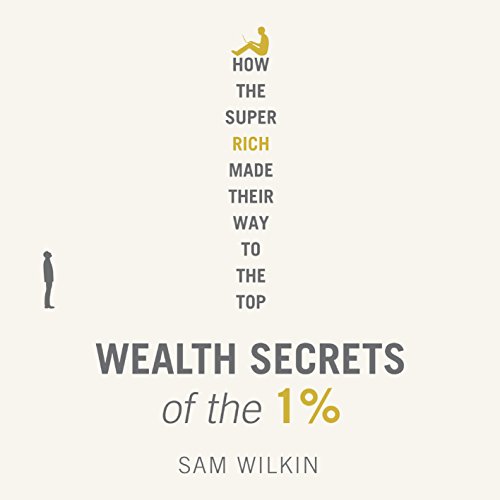 Wealth Secrets of the 1%

From the richest Romans to the robber barons to the tech billionaires of today, leading economist Sam Wilkin tells stories of profound wealth then shows exactly how they did it.

The question is not "why is it so hard to get rich?" but "why is it so easy for some people to get rich?" Wealth Secrets of the 1% is an exploration of how people become billionaires. It looks at what we can learn about business from the superwealthy, from the ancient world to modern emerging economies via the American industrialists, the '90s dot-com boom and other key entrepreneurial moments in history.

Global economic forecaster Sam Wilkin's surprising conclusion is that despite superficial differences, from Mexican telecom billionaires to Roman senators, their methods of wealth accumulation have a great deal in common. Behind almost every great fortune is a "wealth secret" - a moneymaking technique that involves some sort of scheme for defeating the forces of market competition. They're not pretty, but then, who said making a billion was easy?