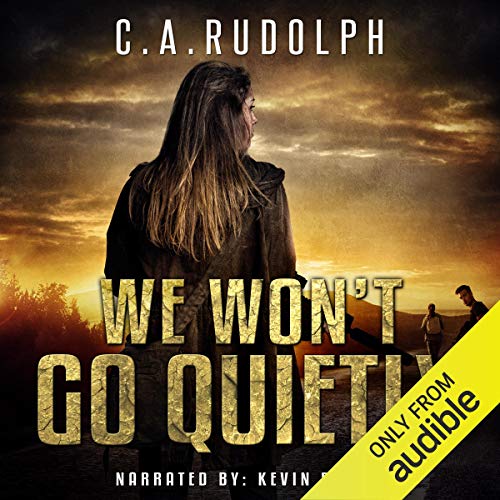 Lauren Russell, her family, and the community of Trout Run Valley had been blessed with a workable blueprint for overcoming nearly insurmountable odds - odds that had been surmounted against them, and others like them, since the blackout, subsequent decline of society, and the world's devolution.

The aftermath of the most recent onslaught, a ruthless attack by a menacing enemy, had left them reeling in its wake, leaving a once-sustainable food supply damaged beyond repair and two of their own senselessly murdered. Rebuilding would require time - time they no longer had - following the discovery of yet another tribulation in this unending apocalypse.

When various species of wildlife the community had depended on for life-giving food begin to abruptly die off, and several residents become afflicted with an unidentified illness, it soon becomes evident that another adversary, one that former DHS Agent Christian had forewarned of in earnest, had not yet written them off.

A decision is made in desperation. Several inhabitants must leave the safety and security of the valley that had once provided them with so much plenty and venture out into the precarious unknown that lay beyond its borders, in search of medical assistance and to acquire provisions, or otherwise become victims of the atrocious actions enacted by constituents of the former federal government.

Meanwhile, Lauren's grandmother, Faith Gallo, had been amassing her own form of defiance inside the FEMA camp she and hundreds of others had been unwillingly confined to. However, her actions had not gone unnoticed. Threats are made, and an ultimatum is given, yet Faith stands her ground, refusing to submit. An unwavering response to her oppressors draws a line firmly into the sand, and indicates a promise that a revolution beckons, even in event of her death: