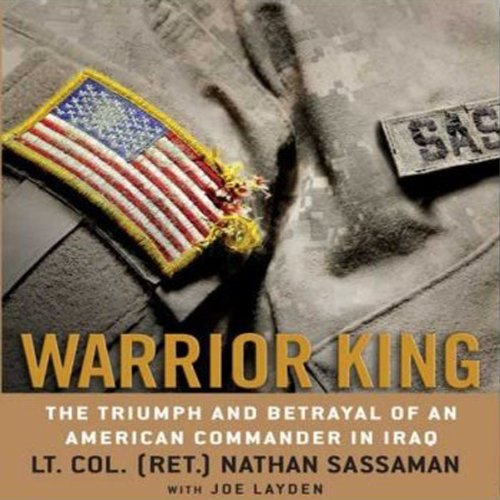 A West Point graduate, a former star quarterback who carried Army to its first bowl victory, and a courageous warrior who had proven himself on the battlefield time and again, Lt. Col. Nathan Sassaman was one of the most celebrated officers in the United States military. Commanding over 800 soldiers in the heart of the insurgency-ravaged Sunni Triangle in Iraq, his unit's job was to seek out and eliminate terrorists and loyalists to Saddam Hussein, while simultaneously rebuilding the region's infrastructure and introducing democratic processes to a broken people. Sassaman's tactics were highly aggressive, his methods innovative, and his success in Iraq nearly unparalleled.

Yet Sassaman will always be known for a fateful decision to cover up the alleged drowning of an Iraqi by his men, in which they forced two detainees to jump into the Tigris River. Sassaman's decision led to the downfall of his impressive career and sent shockwaves through the American military.

Warrior King is the explosive memoir of one of the most deeply involved members of the U.S. military in Iraq. This is the first audiobook to take listeners from the overnight brutality of combat to the daunting daytime humanitarian tasks of rebuilding Iraq to the upper echelons of the Pentagon to show how and why the war has gone horribly wrong.