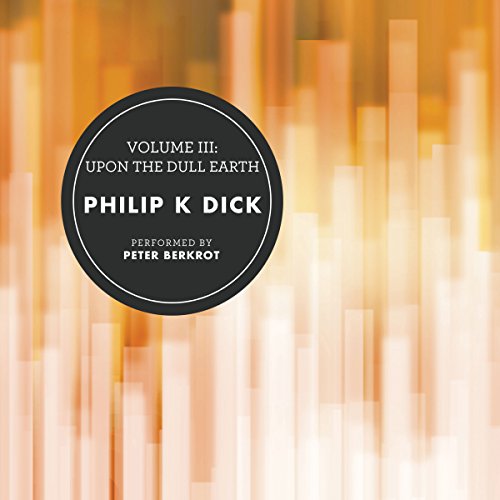 Volume III: Upon the Dull Earth

Philip K. Dick (1928-1982) was one of the seminal figures of 20th century science fiction. His many stories and novels, which include such classics as The Man in the High Castle and Do Androids Dream of Electric Sheep?, reflect a deeply personal worldview, exploring the fragile, multifarious nature of reality itself and examining those elements that make us - or fail to make us - fully human. He did as much as anyone to demolish the artificial barrier between genre fiction and literature, and the best of his work has earned a permanent place in American popular culture.

Upon the Dull Earth is the third installment of a uniform, five-volume edition of The Collected Stories of Philip K. Dick. This generous collection contains 22 stories and novellas written in 1953 and 1954, along with extensive - and valuable - story notes. Included here are a number of bona fide PKD classics, among them the title story, the brilliantly conceived account of a bizarre, ultimately catastrophic resurrection, "The Father-Thing," in which a young boy comes to realize that his once familiar father has somehow changed, and The Golden Man (filmed in 2007 as Next), which tells the tale of a golden skinned mutant who may represent the future direction of the human race. These and all the other stories in this important and necessary audiobook offer a wide range of literary and intellectual pleasures. At the same time, they provide a fascinating glimpse into the continuing development of this iconic - and hugely influential - figure.