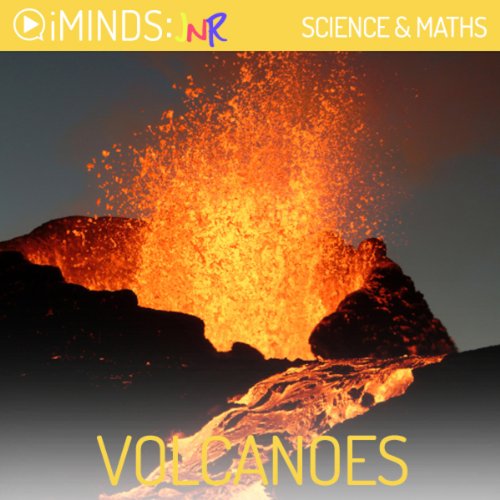 What young person isn't fascinated by volcanoes? This JNR edition of the popular audio encyclopedia from iMinds introduces listeners between the ages of seven and 14 to the science and majesty behind volcanology. Australian actor Todd MacDonald is reminiscent of an engaging geology teacher as he steers listeners from Roman mythology to volcano classification to Mount Vesuvius. He is especially captivating when discussing the latter volcano that buried Pompei. Eerie music accompanies his narration about the Italian city frozen under volcanic ash. Any kids who weren't interested in volcanoes before might be inspired by this installment of iMinds to contrive a vinegar and baking soda eruption as their next science fair project.

Learn about the science and history of Volcanoes with iMindsJNR audio learning series for younger minds.

A volcano is an opening in the earth’s surface through which molten rock, gases and debris can escape. The mound commonly associated with volcanoes is what remains after eruptions have collected and hardened around this opening.

Volcanoes exist in the mythology of numerous countries, such as Iceland and Japan. Many past cultures, such as the Greeks and the Romans, also had volcano mythology. In fact, the Romans invented the words ‘volcano’, taking the word from the island of Volcano just off the south-west coast of Italy. Because it erupted so often, the Romans thought that Vulcan, the god of fire and maker of weapons, had a forge there.

Make your MP3 smarter with iMindsJNR MindTracks, intersperse with music and enjoy learning a little about a lot.. knowledge to help shape young minds.