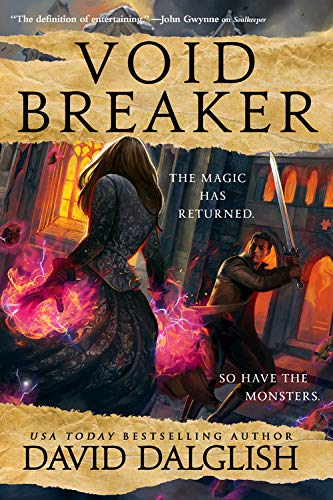 When magical creatures storm the gates of Londheim and claim it for themselves, Devin, a warrior priest, must decide who the true monsters are in the final book of the USA Today best-selling author's epic fantasy trilogy.

Monsters have retaken the capital city of Londheim and claimed it for themselves. Humanity, fearful of being pushed out for good, has reacted with violence and destruction, and peace between the two races seems all but impossible. Devin will need to bring all his skills to bear in order to find a solution. But the greatest threat to humanity's safety may well be closer than he expects. Because his sister is the most powerful priestess the world has ever seen...and she's fighting for the monsters.

The fate of all races, human and magical, rests in their hands, and the only person standing in their way is each other.