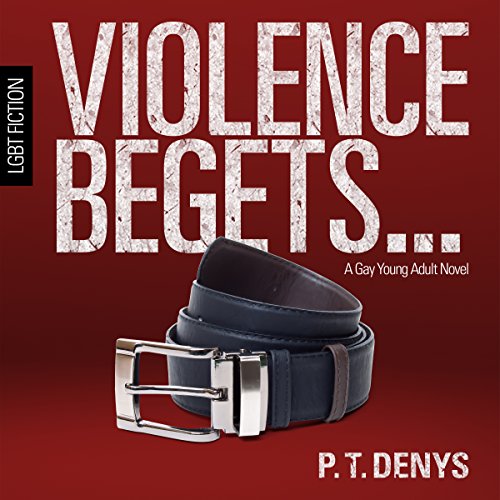 After a tragic accident devastates his family, 16-year-old Rick St. James starts his junior year of high school without any friends in a suburb of Salt Lake City, Utah. When he meets Kevin Vincent, he's too distracted by the promise of new friends to see that Kevin has secrets of his own.

Having created an environment where he's feared and admired by his classmates, Kevin finds pleasure in using his good looks and violence to control and manipulate those around him. Secretly he cruises the gay club scene, turning tricks to earn money so he can party and get high.

As Rick's dad becomes increasingly violent and abusive at home, the two form a surprising and volatile trust. In this battle of wills, their precarious friendship will either keep their lives from blowing up around them or possibly light the fuse that will cause the explosion.

Disclaimer: This audiobook contains extremely strong language, graphic violence, and sexual situations. It is not suitable for young audiences.

This book made me furious.

I have a very strange feeling about this book.
The writing was really good, and I was hooked and invested in the story at the beginning.

But the more I read the more furious frustrated I became.
I ended up to hate it, and I was considering even to DNF somewhere over 90%.
Violence Begets... is not a book "to enjoy". It made me pretty depressed. There seemed to be no end in violence that dominated a story-line.


What made me upset, is the absence of any positive insights, you know, this wonderful light at the end of the tunnel. I think the author wanted to attract attention to this problem, there are still too many domestic violence where children are certainly the most defenseless and exposed victims.

But what made me really furious, was to see how Kevin and Rick competed against each other in hiding from the whole world the truth, covering their abusers. How they took EVERY beating, every torture without struggle. Without any fight. And silently cleaned their punishment's surroundings from BLOOD- their blood.

Seventeen year old guys let these psychopaths-sociopaths, these wannabe-fathers beat themselves to death. And remained silent and obedient.

There is so much graphical illogical domestic violence in this book, especially in the second part, where also a sweet love story was relegated completely to the background.
And talking about the love story: if you give me so much graphical violence, I want to be compensated with an explicit sex content. If you give me so many details in beating, then give me also more intimate details of the love story. The healthy balance between these two different graphical conditions was non-present.

The ending didn't surprise me then, though I hoped to see a glimmer of hope at the end.

To the audio book.

I enjoyed the narrating style of Bryant Sullivan, even if his Kevin sounds like a war veteran of at least thirty years older than Kevin himself. But I understand why he did it: to show what a strong personality Kevin is, that he has everything under control and that his personal sexual experience is probably significantly exceeds an average sexual experience of every war veteran.
But even his narrating toward the end exhausted me. I think, because he created very real scenes and it was painful to listen to.


All in all:
I feel bad to rate it that low, but I just can't recommend it to any of my GR friends.

This book has raised anew questions about reading, and one of them is WHAT DO WE READ FOR? and WHY do we read at all?