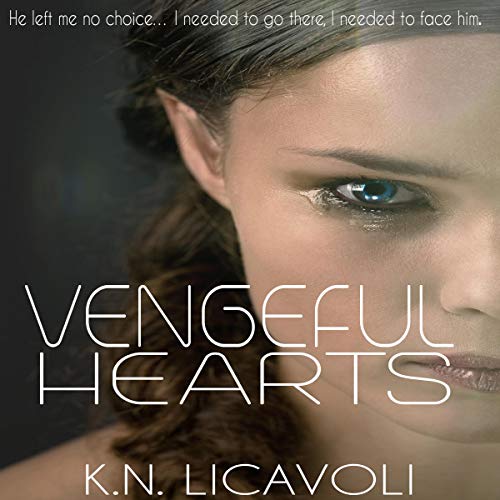 After taking the plunge to move away from home we all deserved that independence. That freedom. That ability to start over. But as much as we tried some of us just weren't that lucky. Demons tend to have a way of following you.

Emery’s experiencing the freedom of living away from home and on her own for the first time. In the midst of her carefree whirlwind romances and exhilarating party lifestyle she believes she’s at the top of her game. Being young and reckless is what college is all about after all, isn’t it?

When Emery crosses paths with Max she soon finds her world turned upside down. He’s everything she was never expecting and someone who refuses to disappear quietly. For Max, he’s done playing the victim of his own life and this time he’s damned determined to make sure he comes out ahead.

Inside the minds of two people who view the world through vastly different eyes, Vengeful Hearts is a new adult tale about lust, vengeance, and the twists and turns that follow after a night of reckless choices. It’ll leave you questioning who’s the real villain...and who will be the victor in the end?