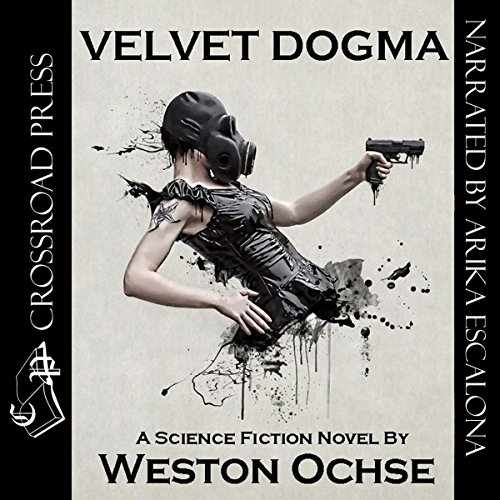 In the year 2040, the world has finally achieved the perfect merging of human and machine by developing a method by which the computer has direct integration into the brain. Called Personal Ocular Devices, or PODS, the interface fits over the eye feeding information directly along the optic nerve into the brain, allowing minds and computers to become one.

But not for Rebecca Mines, who has been held in solitary confinement for the last 20 years. Arrested under the 2002 Patriot Act as a cyber-terrorist for unleashing a program called Velvet Dogma, her parole restricts access to all computers and all but the simplest of machines. Although the government is still fearful that she'll resume her previous profession, Rebecca wants nothing more than to find a place to exist in peace. She has a life to live, and 20 years of personal stagnation from which to recover.

But she discovers that things have changed dramatically since she's been in prison. Not only is organ theft sanctioned, but all of her organs have already been levied to the highest bidder. No sooner does she promise the judge that she'll be a law-abiding citizen, then she finds herself on the run from not only Chinese Black Hearts, eager to confiscate her organs, but the authorities, who realize that they've let her out too soon.

"Weston Ochse is one of the best authors of our generation." (Brian Keene, author of Ghoul and The Rising)
"Weston Ochse is a mercurial writer, one of those depressingly talented people who are good at whatever they turn their hand to." (Conrad Williams, August Derleth and International Horror Guild Award Winner)
"Weston Ochse is perhaps the fiercest and most direct of the latest generation of dark fiction writers." (Rocky Wood, author of Stephen King: A Literary Companion)