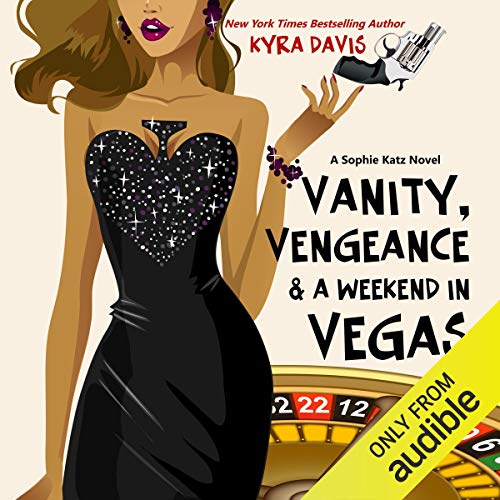 Vanity, Vengeance and a Weekend In Vegas

Vanity, Vengeance and a Weekend In Vegas

Sophie Katz, bestselling mystery writer and amateur sleuth, has just discovered that Anatoly, her sexy Russian P.I boyfriend of six years is actually married to the daughter of a Russian mafia boss. Devastated by his betrayal, Sophie banishes him from their beautiful San Francisco Victorian home.

Desperate to distract their friend and pull her out of her depression, Dena and Marcus spirit Sophie away to Vegas for a "fun filled weekend" at a Sex Toy Trade Show. But bigger trouble awaits in Vegas. Anatoly is there; his beautiful Russian wife is there; and so is a dead body stuffed into a closet. And to make matters worse someone has gone out of their way to implicate Sophie in the murder. Sophie's completely over her head and when a mysterious man offers her help she's tempted to take it. But who is he and whose side is he on? It's also clear that whoever the bad guy is he would have no problem killing Anatoly, and although she may want to kill him herself, no one else is going to hurt Sophie's man.