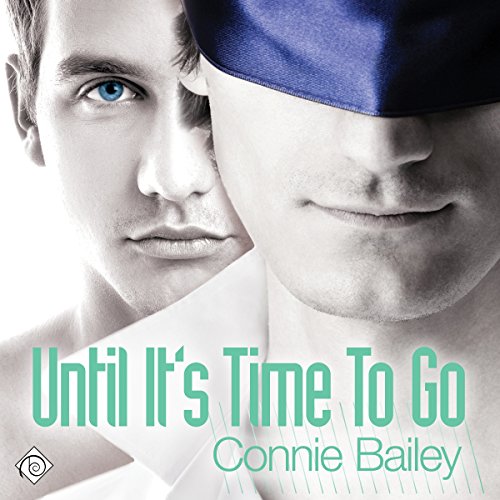 Until It's Time to Go

When a tragedy derailed his life, screenwriter Isaac Zevin became a recluse. Between the cheesy straight-to-video action scripts and his drinking problem, he's surprised to get a call from Tony Kendall, the award-winning director he was slated to work with just before he fell off the map. After some persuading, Isaac agrees to help Tony realize his modernized vision of The Picture of Dorian Gray.

On set, Isaac is horrified to find the lead role filled by heartthrob superstar Colby Lightner, an actor Isaac believes embodies everything that's wrong with Hollywood. Colby, on the other hand, couldn't be happier to work with Isaac and resolves to make Isaac like him. As Isaac deals with his unwelcome attraction to Colby and the stress of writing a script during production, Laith, his troubled godson, shows up at his door looking for help. Isaac knows if he turns his back on the boy, he'll never forgive himself. But how can he juggle his craft, his crush, and his godson's problems when he can't even take care of his cat?

Das sagen andere Hörer zu Until It's Time to Go