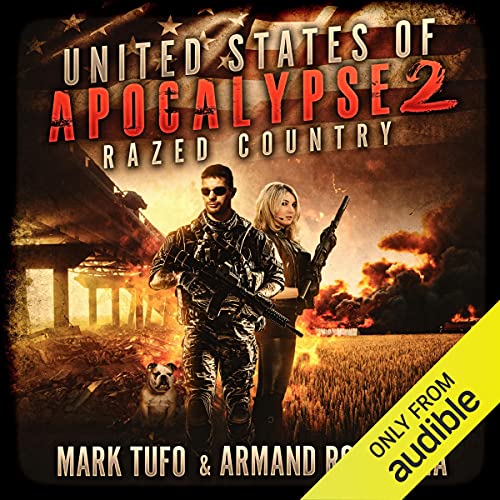 The long-awaited sequel to the action-packed United States of Apocalypse is finally upon us!

The country is fighting losing battles upon both coasts and from within as the desperate and the despicable fight for diminishing resources. World War III is a full-blown nightmare for the survivors of the initial attack. American forces have been pushed to the brink and have been forced toward the center of the country in a frenzied bid to regroup and strike out, fending off the aggressors before it is too late and she falls completely under enemy control. Darlene Bobich and her group struggle to elude capture from the Sawyer clan, hell-bent on enslaving everyone in sight. Meanwhile, Mike, BT and what remains of the National Guard forces are caught up in a multi-national conflict that could spell the end of the American way.

Can our heroes escape and can anything be done to turn the tide of a war that looks all but lost?